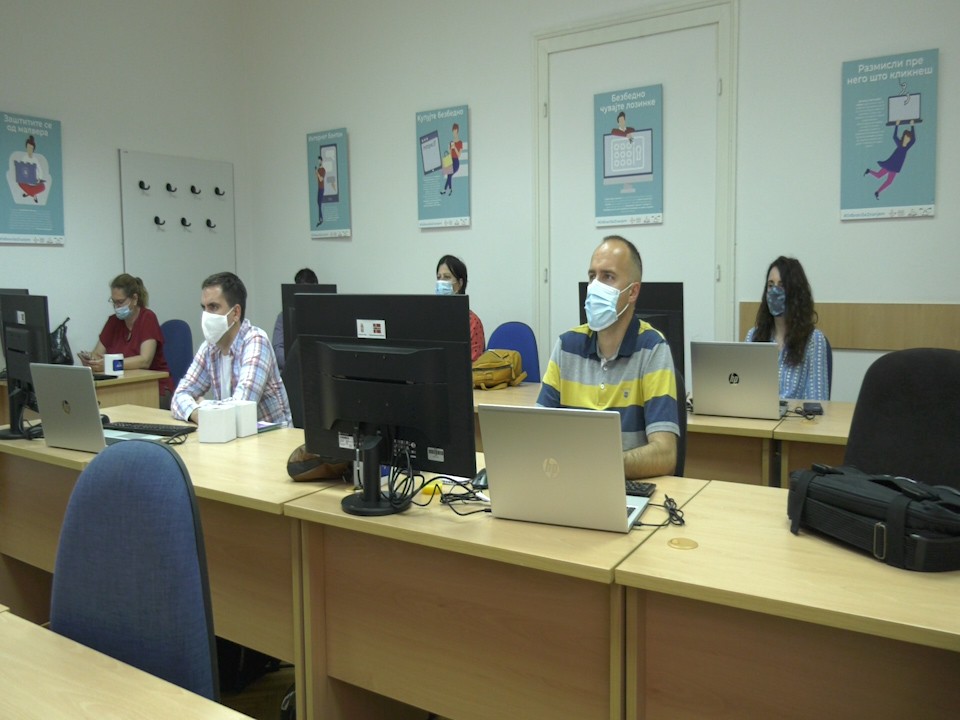 RATEL’s classroom hosted the first national cyber drill for the key stakeholder institutions in the Republic of Serbia, held on 8 June, within the project “Norway for you – Serbia”. Cyberbit/Cyber Range platform, donated as part of the project financed by the Kingdom of Norway and implemented by UNOPS, is intended for national cyber drills, mainly focused on the capacity building of the members of the national CERT community.

Participants of the drill were able to practice the defence from Keylogger malware, designed to record any input from the keyboard, used to steal personal or financial information. During the attack, the attacker gains access to a workstation within the network of the organisation, and laterally moves to the domain controller to install malware processes.

The defence from such attacks is particularly important, since the most frequent attacks in our country in 2020 included phishing, ransomware, trojans and other malware. Phishing is mainly used to distribute malware, e-mail being the principal way of attack, although the attacks are increasingly taking place via social networks, chat apps, text messages or phone calls.

Work in a hyper realistic cyber-attack simulation enables the participants of the exercise to improve their skills before the actual attack takes place, which is vital to the defence from cyber-attacks that have become increasingly sophisticated and difficult to detect.

The platform donated by the Kingdom of Norway is a cutting-edge platform designed for developing the skills necessary for cyber-attack detection and recovery, which will largely contribute to the resilience of the information security of the Republic of Serbia.